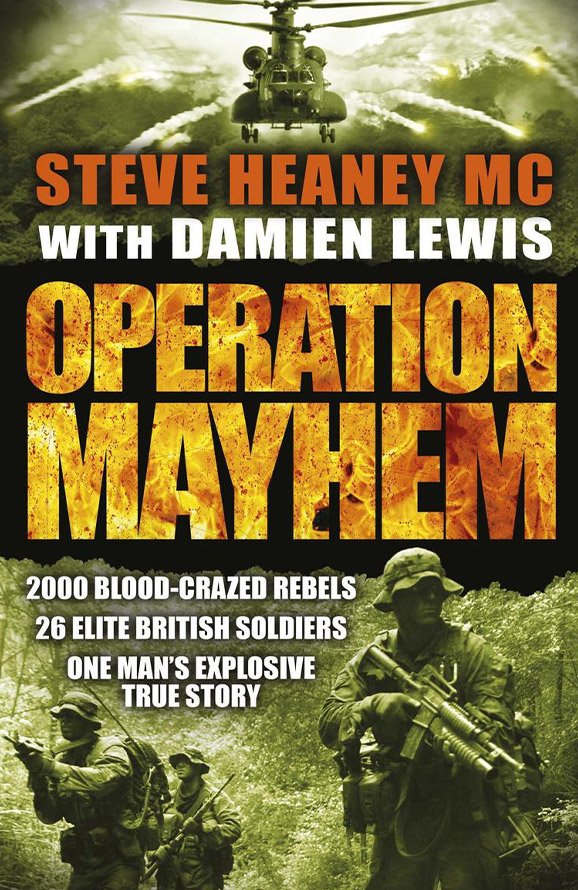 Operation Mayhem is the first ever account of a truly epic elite forces mission: one of the most highly decorated in modern military history.

Airlifted deep into the heart of the African jungle in the midst of a bloody civil war, twenty-six operators from the secret British unit X Platoon were sent into combat against two thousand rebels – being used as bait to lure the enemy into a decisive, do-or-die battle.

High on blood-lust, voodoo and drugs, the rebels were notorious for their brutal savagery. Equipped with captured armour, heavy machine-guns and grenade-launchers, they vastly outgunned the men of X Platoon – who were kitted out with pitiful supplies of ammunition and malfunctioning rifles, plus no body armour, grenades or heavy weaponry.

Intended to last just days, the mission mutated into a desperate siege, as the men of X Platoon – more formally known as the Pathfinders – faced what the rebels dubbed ‘Operation Kill British’. Half-starved, surviving on giant African snails, fungi and other bush tucker, this handful of elite warriors were forced to make their stand unaided and alone. They fought using grenades made from old food-tins and ‘punji fields’ – rows of vicious sharpened bamboo-stakes – as the locals joined forces with them to defend against the onslaught.

Sergeant Steve Heaney was awarded the Military Cross for taking control of the battle after X Platoon lost their commanding officer. His story is full of the rough-and-ready humour and steely heroics with which these elite soldiers carried out operations far into hostile terrain.

The ferocious close quarter combat at the village of Lungi Lol brought to an end the horrific, decade-long civil war in Sierra Leone. OPERATION MAYHEM is the first ever account of this untold true story – one fought and won deep behind enemy lines.