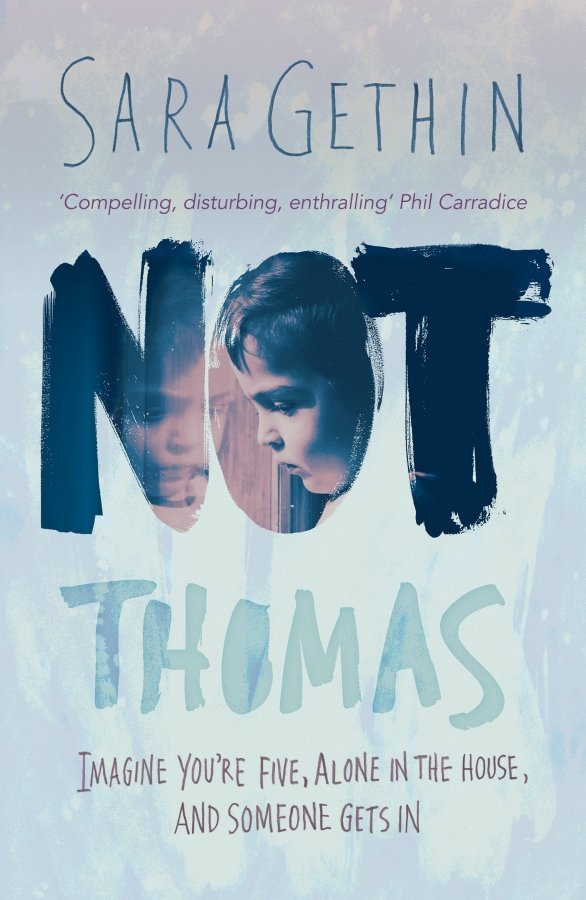 The lady’s here. The lady with the big bag. She’s knocking on the front door. She’s knocking and knocking. I’m not opening the door. I’m not letting her in. I’m behind the black chair. I’m waiting for her to go away.

Tomos lives with his mother. He longs to return to another place, the place he thinks of as home, and the people who lived there, but he’s not allowed to see them again. He is five years old and at school, which he loves. Miss teaches him about all sorts of things, and she listens to him. Sometimes he’s hungry and Miss gives him her extra sandwiches. She gives him a warm coat from Lost Property, too. There are things Tomos cannot talk about – except to Cwtchy – and then, just before Easter, the things come to a head. There are bad men outside who want to come in, and Mammy has said not to answer the door. From behind the big chair, Tomos waits, trying to make himself small and quiet. He doesn’t think it’s Santa Claus this time.

When the men break in, Tomos’s world is turned on its head and nothing will ever be the same again.

‘By turns, compelling, disturbing, enthralling and both physically and emotionally draining… Do not expect an easy read, even though [Gethin] writes fluently with a skill that drives the reader on. Expect to cry, to run the whole gamut of emotions… thoroughly recommended.’ Phil Carradice