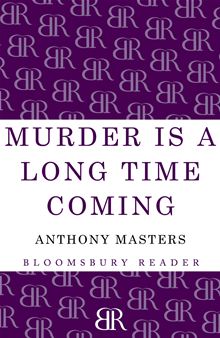 Murder Is a Long Time Coming

The Château Letoric is the ancestral home of the highly respected Larche family obsessed with the past, with bitterness, rancour and revenge. Solange is one of France’s most poignant Resistance heroines but, badly tortured, now senile, the repository of many dark secrets, she has been confined to a wheel chair since the end of the war.Her husband Henri was accused of collaborating with the Nazis. Their son, Marius, at forty-eight a senior officer in Interpol, has been fighting to clear his father’s name. But Marius himself is also vulnerable in St Esprit where his past – a homosexual affair with a farm-worker – rises to plague him.Suddenly the years of tongue-wagging culminate in the first of three fatal tragedies: Henri Larche is murdered.The paralysis of a town trapped in the past is powerfully evoked in this superbly skillful story of a family whose dread secrets hound them to a death which has been forty-five years coming.