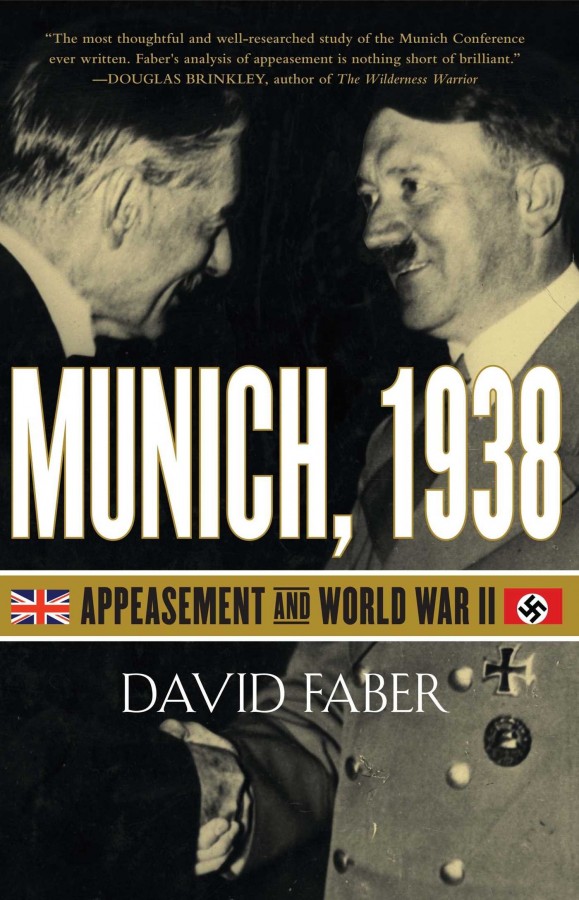 The dramatic narrative account of the 1938 Munich appeasement conference, in which Britain agreed to Adolf Hitlers annexation of the Sudetenland in return for his promise never to go to war againbefore tumbling inexorably into World War II.

 A pivotal chapter in history: When British Prime minister Neville Chamberlain and Adolf Hitler signed an appeasement treaty in 1938, Chamberlain promised that the result would be peace in our time. David Faber sheds new light on the key incidents leading up to the munich meeting and its aftermath; in Berlin, we witness Hitlers relentless preparations for war, even in the face of opposition from his own party, while in London, we watch helplessly as Chamberlain seizes executive control from his own cabinet, and makes one supreme effort after another to appease the Führer.

 A timely, hot-button topic: These days, appeasement is invoked to justify everything from the war in Iraq to the Wests response to Putins actions in Georgia. The first major book devoted to the appeasement conference in over thirty years, Munich, 1938 draws tough conclusions sure to stir up controversy.

 Impeccable research blended with powerful prose: Drawing on diaries and notes taken by Hitler and Chamberlains translator, Faber brings the events of 1938 alive with an insiders feel for the political infighting he uncovers. Packed with narrative punch and vivid characters, Munich, 1938 exposes readers to the war rooms and bunkers, revealing the secret negotiations and scandals upon which the worlds fate would rest. It is modern history writing at its best.