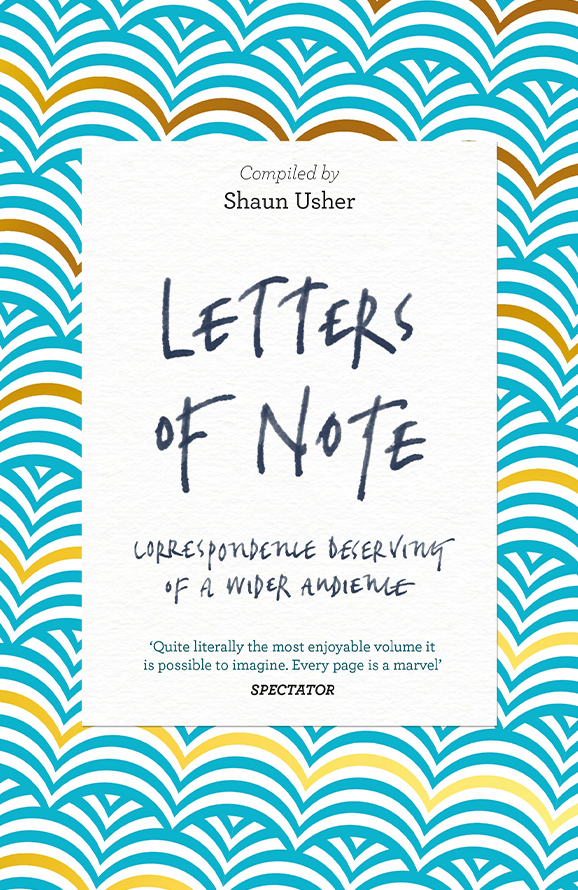 Letters of Note is a collection of over one hundred of the world’s most entertaining, inspiring and unusual letters, based on the seismically popular website of the same name – an online museum of correspondence visited by over 70 million people.

From Virginia Woolf’s heart-breaking suicide letter, to Queen Elizabeth II’s recipe for drop scones sent to President Eisenhower; from the first recorded use of the expression ‘OMG’ in a letter to Winston Churchill, to Gandhi’s appeal for calm to Hitler; and from Iggy Pop’s beautiful letter of advice to a troubled young fan, to Leonardo da Vinci’s remarkable job application letter, Letters of Note is a celebration of the power of written correspondence which captures the humour, seriousness, sadness and brilliance that make up all of our lives.

‘Funny, tragic, brilliantly incisive, historic, lyrical, romantic and studiedly, this stupendous compendium of letters ancient and modern is my book of the year. You will never tire of it.’ – Stephen Fry