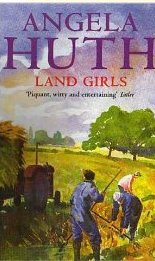 During World War II, a new regiment called the Women’s Land Army, nicknamed the “Land Girls” was formed in the United Kingdom for recruiting women to work at farms where men left to go to war. Set in 1941 in the Dorset countryside, three young women, Stella, Ag and Prue, arrive on a remote farm. They are the ‘Land Girls’ – city girls who have volunteered to take the place of young men who have gone to war. They are an unlikely trio: hairdresser Prue is vivacious and sexy; Cambridge University graduate Ag is quiet and more reserved while the dreamy Stella is in love with Philip, a dashing Royal Navy officer. Despite their differences, they soon become close friends. The film follows their relationships with each other and the men in their lives in the face of war.