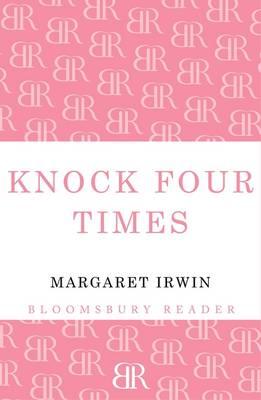 What happened behind the door at which one had to knock four times? Many wildly incongruous happenings, but chiefly an attack on other doors, the ‘everlasting doors’ of Prince’s Gate, Queen’s Gate, Emperor’s Gate, to make them open wide to the rash young adventurer Dicky who had once gatecrashed them, but was resolved to ‘spurn Kensington, march on Mayfair,’ and conquer both the New World and the Old.

This is the story of how Dicky fought his way to fortune, and how Celia fought hers to freedom from behind the Gates of Kensington, by knocking four times on Dicky’s door. For all its laughter and absurd situations, it is marked with the humorous sympathy and integrity that have distinguished all Margaret Irwin’s work.