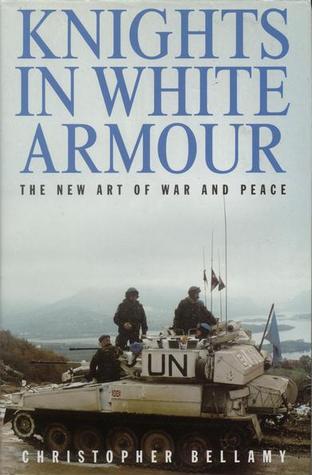 Two hundred years have passed since Clausewitz first encountered war in 1793, at the start of a conflict which would consume Europe for twenty-two years. The 20th century has witnessed the world moving towards total war, and then back from the brink.

In this timely and perceptive study, Christopher Bellamy develops a new theory of war and peace. Using his personal experience as a serving soldier and as a defence correspondent who has had frontline experience in Rwanda, Bosnia, the Gulf, Chechnya and Kurdistan, Bellamy focuses specifically on the way limited wars are conducted. And, in this, inevitably he examines the complex role of the UN, whose highly white armoured vehicles give the book its title.
Knights in White Armour is a ground-breaking analysis of international politics and security. It takes a long hard look at the brutal face of war and also asks some very searching questions about the dilemma of peacekeeping – by the United Nations or any other body.