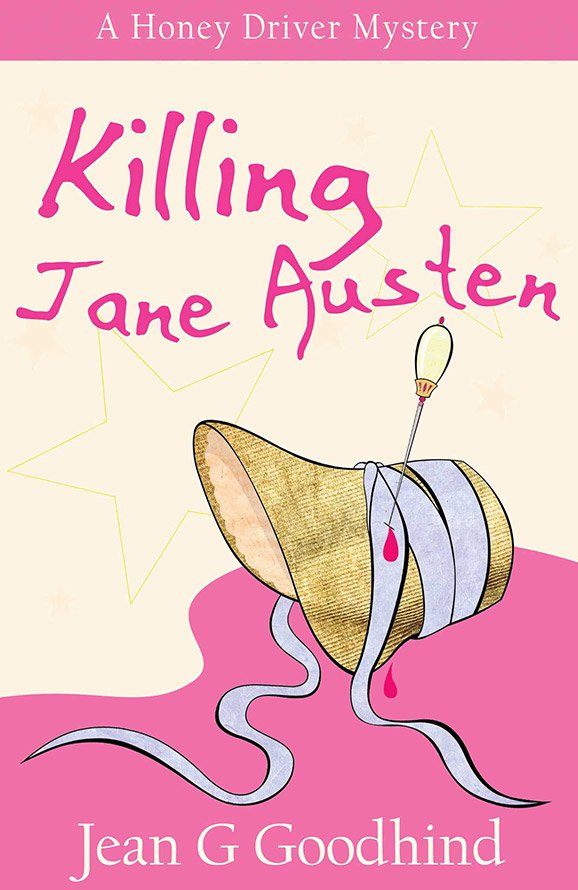 (Previously published as Menu for Murder)

A film crew arrives in Bath to make a new film about Jane Austen, romantic novelist and one time resident of the fair city of Bath. To the satisfaction of hotel owner and police liaison officer Honey Driver, some of the visitors are staying at the Green River Hotel, bringing welcome low-season boost to business, most specifically the bar takings. Honey, her daughter Lindsay and even her mother, are offered the chance to work as extras. It’s all very exciting…until reality and murder hit. The film’s star, the impossibly demanding Martyna Manderley, is found dead, and Honey finds she’s landed her own starring role – as prime suspect. DI Steve Doherty, Honey’s new and as yet tantalisingly unexplored love interest, races to the rescue, and the pair embark on a mission to uncover the truth.