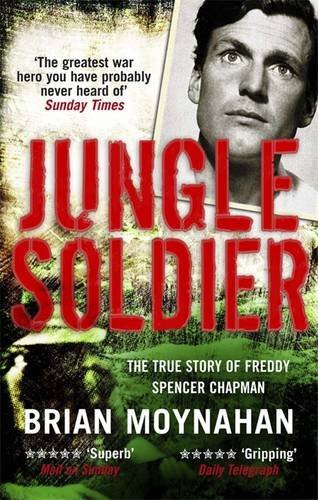 Arctic explorer, survival expert and naturalist Freddy Spencer Chapman was trapped behind enemy lines when the Japanese overran Malaya in 1942. His response was to begin a commando campaign of such lethal effectiveness that the Japanese deployed an entire regiment to hunt him down, believing that a 200-strong guerrilla army was responsible for the wholesale destruction of their convoys.

He was wounded, and racked by tropical disease. His companions were killed, or captured and then beheaded. Cut off from friendly forces, his only shelter the deep jungle, Chapman held out for three years and five months. Jungle Soldier recounts the thrilling and unforgettable adventures of the North country orphan who survived against all odds to become a legend of guerrilla warfare.