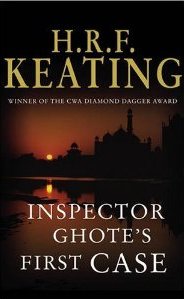 Newly-promoted Inspector Ghote is thrilled to be granted casual leave until he takes up his post, as it allows him to spend time with his heavily pregnant wife, who is desperate to watch a showing of Hamlet at the cinema. Their plans are ruined, however, when Sir Rustom Engineer requires Ghote to investigate the suicide of his friend’s wife. Worried about his wife’s imminent delivery, Ghote nevertheless travels to the home of Mr. Dawkins, where he is unconvinced by the story of Iris Dawkins’ death. Especially when he recognises the officer in charge – Darrani, well-known for his close-mindedness. Ghote is determined to investigate further, with a Hamlet-esque awareness of how deceiving appearances can really be.