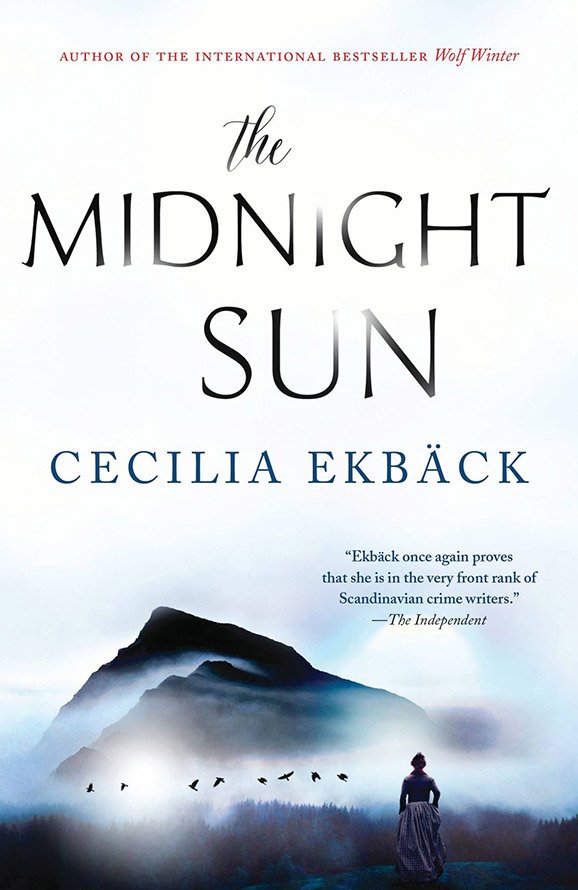 IN THE MONTH OF THE MIDNIGHT SUN – Buy it here

An orphaned boy brought up to serve the state as a man. A rich young woman incapable of living by the conventions of society. Neither is prepared for the journey into the heat, mystery, violence and disorienting perpetual daylight of the far North.

Magnus is a geologist. When the Minister sends him to survey the distant but strategically vital Lapland region around Blackasen Mountain, it is a perfect cover for another mission: Magnus must investigate why one of the nomadic Sami people, native to the region, has apparently slaughtered in cold blood a priest, a law officer and a settler in their rectory.

Is there some bigger threat afoot? Blackasen seems to be a place of many secrets.
But the Minister has more than a professional tie to Magnus, and at the last moment, he adds another responsibility. Disgusted by the wayward behaviour of his daughter Lovisa – Magnus’s sister-in law – the Minister demands that Magnus take her with him on his arduous journey.

Thus the two unlikely companions must venture out of the sophisticated city, up the coast and across country, to the rough-hewn religion and politics of the settler communities, the mystical, pre-Christian ways of the people who have always lived on this land, and the strange, compelling light of the midnight sun.
For Lovisa and Magnus, nothing can ever be the same again.