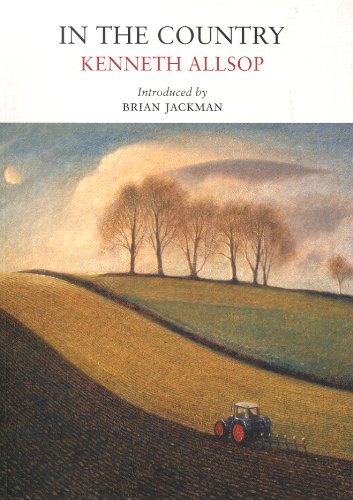 At the end of the 1960s, Kenneth Allsop left London and settled amid the sunken lanes, ancient forests and chalk streams of west Dorset, in a mill house where village corn and flax had been ground since Domesday. He was at his very happiest here. He thought it the loveliest place on earth, and for three years he devoted a weekly Daily Mail column to his day-to-day life at the mill, brimming with humour and delight for the wildlife which shared his home.

In the Country is not rustic or romantic. It is never unrealistic about agricultural modernisation and social change in the countryside. Yet, steeped with a deep sense of the past, Allsop’s most powerful writing speaks in defence of the natural world and stands firmly against the unchecked exploitation of the land.

“No man fought more fiercely or spoke more eloquently for the causes he believed in so deeply. . . . he was fighting to preserve the graces of Britain long before words like ecology and conservation had become common currency.” Brian Jackman