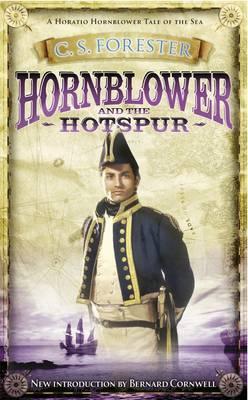 Hornblower and the Hotspur

April 1803, and the Peace of Amiens is failing as Horatio Hornblower takes a three-master on a vital reconnaissance mission … On the day of his marriage to Maria, Hornblower is ordered to take the Hotspur and head for Brest – war is coming and Napoleon will not catch His Majesty’s navy with its britches round its ankles. With thoughts of his new life as a husband intruding on his duties, Hornblower must prove himself to be not only the most capable commander in the fleet, but also its most daring if he is to stop the French gaining the upper hand. This is the third of eleven books chronicling the adventures of C. S. Forester’s inimitable nautical hero, Horatio Hornblower.