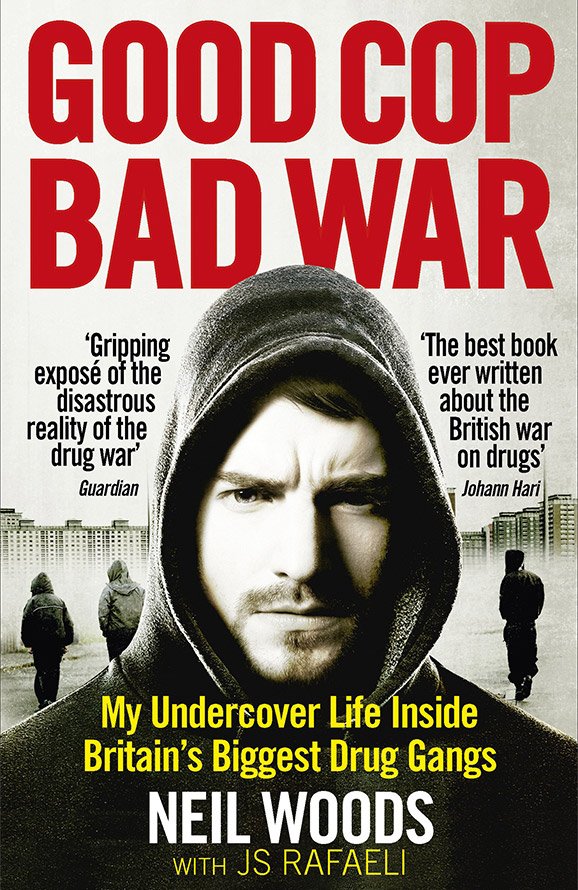 The logic of the drugs war only leads one way: the police get smarter, so the criminals get nastier. Things can only ever go from bad to worse, from savagery to savagery…’

Neil Woods was the first and best of his kind – an undercover cop whose brief was to infiltrate Britain’s most dangerous drug gangs, befriending the foot soldiers before taking on their gangster bosses.

Starting out in the early 90s and making the rules up as he went, Neil was at the forefront of police surveillance. He quickly earned a name as the most successful operative of his time and his expertise was called upon by drugs squads around the country to tackle an ever growing problem.

But after years on the streets, spending time with the vulnerable users at the bottom of the chain, Neil began to question the seemingly futile war he was risking both his life and sanity for. What if the real enemy wasn’t who he thought?

Good Cop, Bad War is an intense account of the true effects of the War on drugs and a gripping insight into the high pressure world of British undercover policing.

“This is the best book ever written about the British war on drugs.” — Johann Hari
“Gripping exposé of the disastrous reality of the drug war.” — Guardian