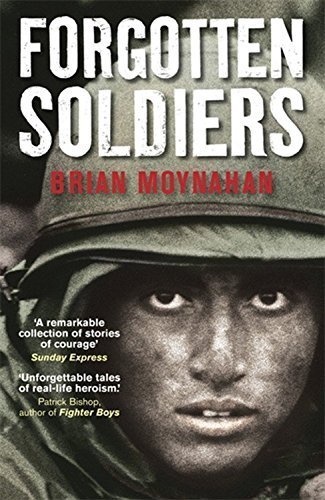 Forgotten Soldiers is an enthralling work of military history that shows how the courage, intelligence or simple good fortune of the individual can exert a decisive influence on the outcome of a battle or campaign.

It tells the stories of fifteen unsung heroes, none of a rank higher than major, whose deeds changed the course of important battles and – arguably – the course of history.

These vivid and gripping accounts – largely drawn from the Second World War, but with tales too from other conflicts – have each been selected to illustrate one of the dictums of the great Prussian theorist of war, Carl von Clausewitz, about the importance of having the right man in the right place at the right time.

From the Roman standard bearer who plunged into the waves off Deal in 55 bc, saving Julius Caesar’s military honour and political career, to the young Israeli tank lieutenant who almost single-handedly stalled the advancing Syrian armour in 1973, these are above all tales of courage. But it is not just courage that wins wars, as these stories demonstrate: such elements as surprise, determination, good intelligence, chance, insight, inventiveness and clear thinking all play their parts in eventual victory. And it may only take one man, often of lowly rank, his name largely forgotten, to embody such qualities for the effect to be felt around the world.