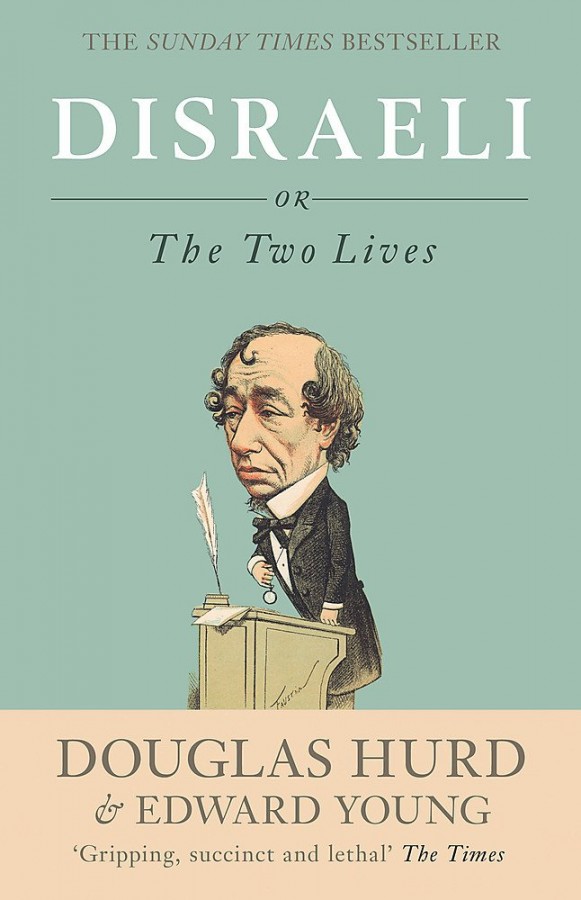 Disraeli: or, The Two Lives

Benjamin Disraeli was the most gifted parliamentarian of the nineteenth century. A superb orator, writer and wit, he twice rose to become Prime Minister, dazzling many with his famous epigrams along the way.

But how much do we really know about the man behind the words? How did this bankrupt Jewish school dropout and trashy novelist reach the top of the Victorian Conservative Party? And why does his reputation continue to have such a hold over British politics today?

In this engaging reassessment, Douglas Hurd and Edward Young explore the paradoxes at the centre of Disraeli’s ‘two lives’: a dandy and gambler on the one hand, a devoted servant and favourite Prime Minister of the Queen on the other. A passionately ambitious politician, he intrigued and manoeuvred with unmatched skill to get to – in his own words – ‘the top of the greasy pole’, but he also developed a set of ideas to which he was devoted. His political achievements are never quite what they seem: he despised the idea of a more classless society, he never used the phrase ‘One Nation’, and although he passed the Second Reform Act he was no believer in democracy.

By stripping away the many myths which surround his career, Douglas Hurd and Edward Young bring alive the true genius of Disraeli in this wonderfully entertaining exploration of his life.

‘As Douglas Hurd and Edward Young point out in their splendidly written, finely judged and thoroughly persuasive book, a vast chasm yawned between the real Disraeli and his posthumous reinvention’ Dominic Sandbrook, SUNDAY TIMES

‘Not only, they tell us in this vigorously debunking romp through his political life, did he never use the phrases “One Nation” or “Tory Democracy”, he was actively hostile to the concepts that they are now understood to represent’ Sam Leith, THE SPECTATOR

‘The book is more a study in character . . . than a staid political narrative. As a result, Disraeli: Or the Two Lives is full of unexpected jolts and paradoxes . . . It proves an unflagging pleasure to read’ Richard Davenport-Hines, GUARDIAN

‘So intoxicating that you will find yourself snorting it up in one go, as I did, with great pleasure’ Boris Johnson, MAIL ON SUNDAY