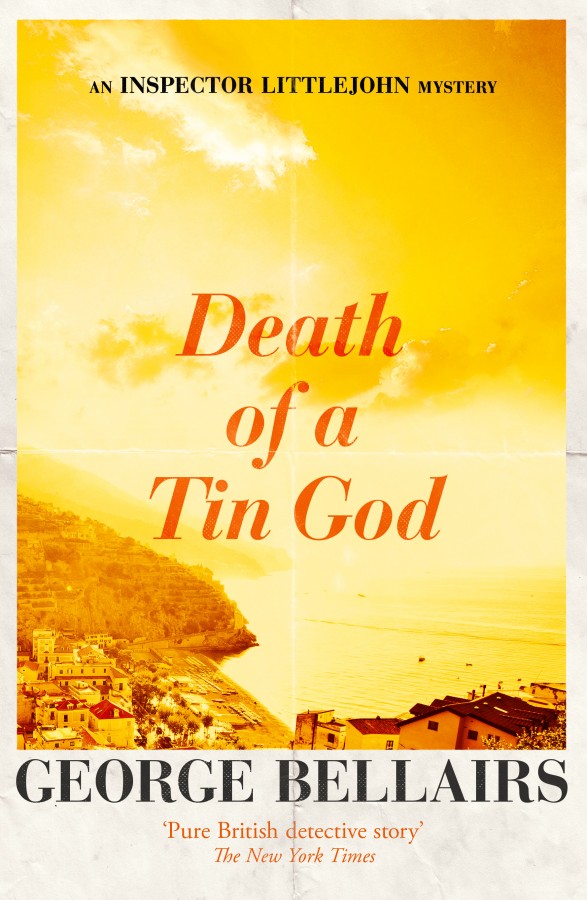 Death of a Tin God

The glamour of Hollywood has descended upon the Isle of Man: smiling stars, flashing photographers, adoring fans…

But behind this glossy façade, something sinister stirs. Superintendent Littlejohn thought he was in for a few days’ holiday, but when the handsome Hal Vale, charismatic male-lead and debaucherous divorcee, is found dead in his hotel room, Littlejohn is called back to investigate.

Was it murder, suicide or accident? While motives and rumours abound, this star-studded pursuit reaches far beyond the confines of the Isle of Man. From London and Dublin to the French Riveria, the sprawl of this sensational death extends further than Littlejohn could suspect. With the help of his old friend, Inspector Dorange of the Surété at Nice, Littlejohn follows the trail to a high-stakes financial game and the ruthless tycoons of the industry.

But brought within an inch of death, can the two expose this financial conspiracy and make it out alive?