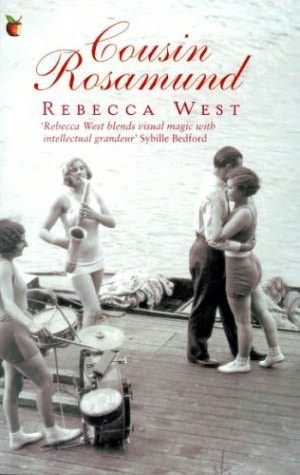 Cousin Rosamund unfolds the final chapters of the saga that began with The Fountain Overflows,  and continued with This Real Night. As the glitter of the 1920s gives way to the Depression, Rose and Mary find themselves feted and successful pianists. But their happiness is diminished by their cousin’s unfathomable marriage to a man they perceive as grotesque. Lacking her cousin Rosamund’s intuitive understanding, Rose looks to the surrogate wisdom of Mr Morpurgo, while quiet days with Aunt Lily and the Darcys at their pub on the Thames offer respite from the tensions of foreign concert tours. Rose gains perspective as she approaches middle age. Yet the most exciting development still awaits her: the discovery of and delight in her own sexuality.