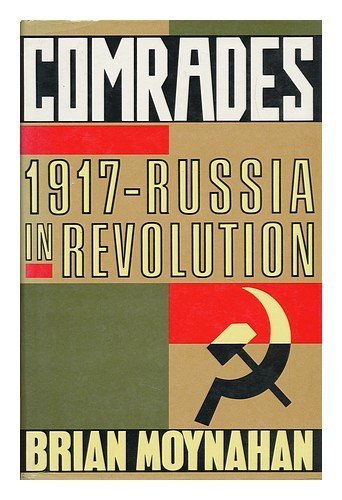 This account of the cataclysmic events in Russia in 1917 begins with the murder of Rasputin by an Oxford-educated transvestite, and the collapse of Old Russia. It ends with the creation of the secret police and the slide to dictatorship on 7th December.

Nobody in Russia, contends the author – least of all the Bolsheviks – expected the country to become the world’s first communist state; it was the random forces of personality, luck and mischance that created 1917.

The narrative chronicles the February revolution that began with an obscure labour dispute; the Tsar’s abdication in February; the Kerensky government’s descent into chaos during the summer turmoil; Lenin’s flight to Finland; the October coup by the Bolsheviks; and the Red Terror which followed.

The story is told partly in the words of the personalities involved, including Rasputin, Nicholas and Alexandra, Kerensky, Lenin, Trotsky, Stalin, Gorky, Chaliapin and John Reed. Brian Moynahan also wrote “The Claws of the Bear”, “The Tourist Trap” and “Airport International”.