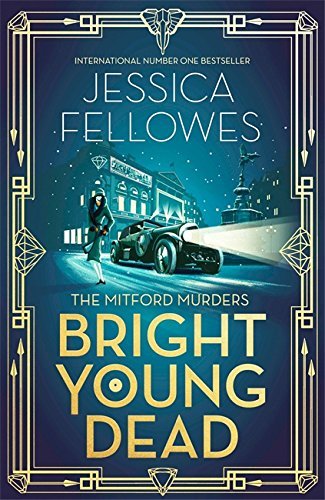 Meet the Bright Young Things, the rabble-rousing hedonists of the 1920s whose treasure hunts were a media obsession. One such game takes place at the 18th birthday party of Pamela Mitford, but ends in tragedy as cruel, charismatic Adrian Curtis is pushed to his death from the church neighbouring the Mitford home.

The police quickly identify the killer as a maid, Dulcie. But Louisa Cannon, chaperone to the Mitford girls and a former criminal herself, believes Dulcie to be innocent, and sets out to clear the girl’s name . . . all while the real killer may only be steps away.

“Oh how delicious! This terrific start to what promises to be a must-read series is exactly what we all need in these gloomy times. Inventive, glittering, clever, ingenious. I devoured The Mitford Murders… so will you.”
―Susan Hill

“The Mitford Murders is not only an ingeniously twisty thriller; it is also a heart-wrenching, heart-healing story about friendship, trust, betrayal and love: the sort of book you never want to end.” ―Juliet Nicolson