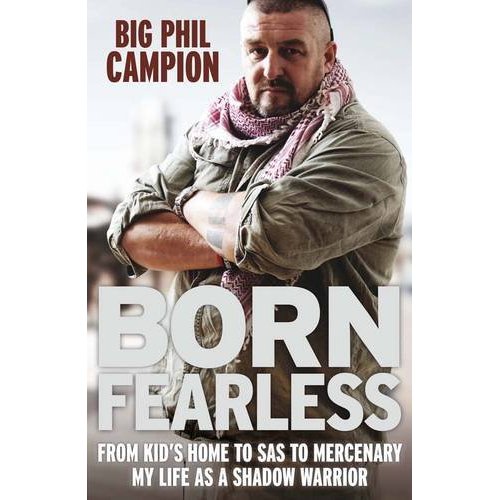 Born Fearless: My Life as a Shadow Warrior

Born Fearless: My Life as a Shadow Warrior

Not dead yet. Not kidnapped, captured, tortured or killed. But it’s only a matter of time… Meet ‘Big’ Phil Campion. To his fellow operators he’s a private military contractor. To you or me he’s a mercenary, a soldier of fortune, a gun for hire selling violence to the highest bidder. But to Big Phil it’s all just another chapter in a life spent fighting in the shadows.

Abandoned. Run-away. Half-beaten to death. Blown-up. Locked up. And all before the age of twenty. This is the incredible true story of how Phil Campion survived all of that, and went on to complete Commando selection, Para selection, and to join the SAS – before fighting as a mercenary in the world’s toughest war zones. Undertaking deniable operations, freeing hostages and escaping terrorists hell bent on revenge – the dangers and insane risks of life as a private military operator eclipsed even those of waging war in an SAS Sabre Squadron. Big Phil’s story of life on the private military circuit (‘The Circuit’) is a high-octane blend of chasing fast bucks in a Wild West industry, whilst always staying one step ahead of the bad guys.