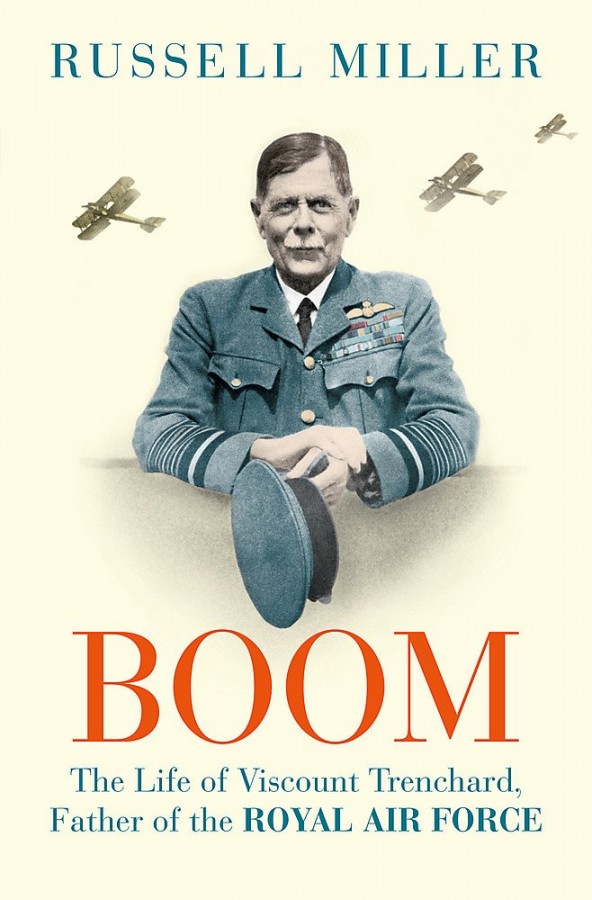 Boom: The Life of Viscount Trenchard, Father of the Royal Air Force

Hugh ‘Boom’ Trenchard was embarrassed by being described as ‘The Father of the Royal Air Force’ – he thought others were more deserving. But the reality was that no man did more to establish the world’s first independent air force and ensure its survival in the teeth of fierce opposition from both the Admiralty and the War Office.

Born in Taunton in 1873, Trenchard struggled at school, not helped by the shame of his solicitor father’s bankruptcy when he was sixteen. He failed entrance examinations to both the Royal Navy and the Army several times, eventually obtaining a commission through the ‘back door’ of the militia. After service in India, South Africa – where he was seriously wounded – and Nigeria, he found his destiny when he joined the fledgling Royal Flying Corps in 1912, where he was soon known as ‘Boom’ thanks to his stentorian voice.

Quick to recognise the huge potential aircraft offered in future conflicts, he rose rapidly to command the RFC in France during the First World War despite handicaps that would have blighted conventional military careers: he was obstinate, tactless, inarticulate and chronically unable to remember names – yet he was able to inspire unflagging loyalty among all ranks.

Despite his conspicuous distrust of politicians, he served as a successful Chief of the Air Staff for a decade after the war and then, at the personal request of the King, took over as Commissioner of the Metropolitan Police, which he reorganized and reformed. He never wavered in his belief that mastery of the air could only be achieved by relentless offensive action, or in his determined advocacy of strategic bombing. His most enduring legacy was the creation of the finest air force in the world, engendered with the spirit that won the Battle of Britain.