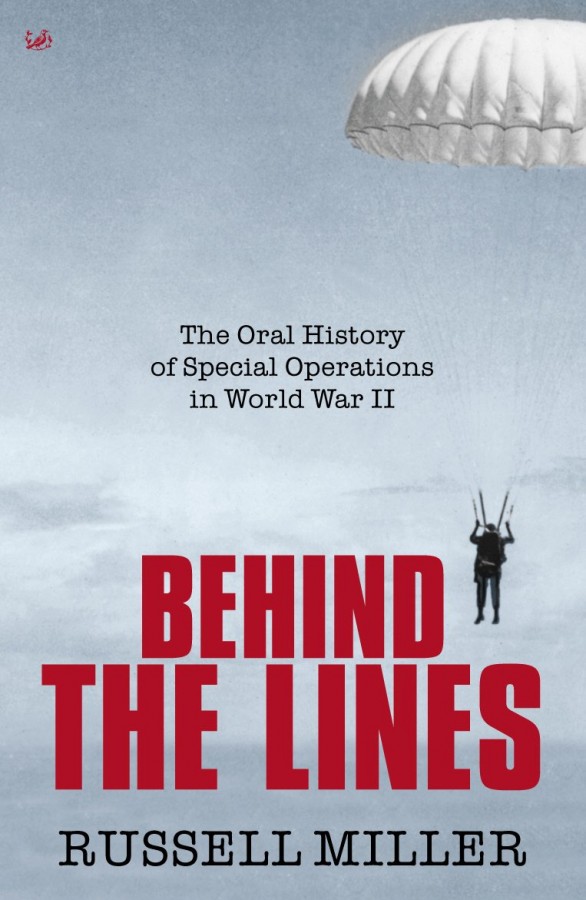 Behind The Lines: The Oral History of Special Operations in World War II

Compiled from interviews, diaries, letters and contemporaneous first-person accounts – many never before published – this oral history follows the adventures of the courageous men and women who volunteered for service with Britain’s Special Operations Executives and the United States’ Office of Strategic Services.

They parachuted behind enemy lines, often alone, with orders to cause mayhem. Arrest almost always resulted in torture and imprisonment; sometimes in execution.

In occupied France, equipped with false identities, they played a deadly game of cat and mouse with the Gestapo; in the Balkans they discovered that the fiery politics of the region were as dangerous as the enemy; in the Burmese jungle they led native marauders in surprise attacks against the Japanese.

Supported by a team of back-room boffins who dreamed up ingenious devices like exploding rats and invisible ink, the special agents of World War Two really were a breed apart. This is their extraordinary story, in their own words.