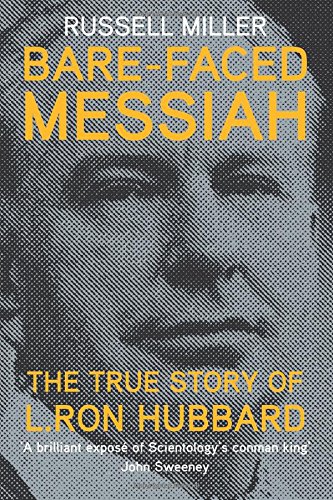 Bare-Faced Messiah tells the extraordinary story of L. Ron Hubbard, a penniless science-fiction writer who founded the Church of Scientology, became a millionaire prophet and convinced his adoring followers that he alone could save the world.

In the words of his ‘official’ biography, Hubbard was an explorer, engineer, scientist, war hero and philosopher. In the words of a Californian judge, he was schizophrenic, paranoid and a pathological liar.

What is not in dispute is that Hubbard was one of the most bizarre characters of the twentieth century. His was a unique life. While writing pulp science fiction, he claimed to have made discoveries about the workings of the human mind that would enable cures to be found for everything from cancer to the common cold. He soon founded his own ‘church’ and then rampaged around the world variously pursued by the CIA, the FBI and outraged governments. For nearly ten years he sailed the oceans as the commodore of his own private navy, served by nymphet messengers in hot-pants who dressed and undressed him and were trained like robots to relay orders in his tone of voice.

Back on shore in the US, he directed an operation aimed at infiltrating government offices to launder their bulging files on the Church of Scientology. In 1980, fearing arrest, he disappeared. He was never seen again.

Bare-Faced Messiah exposes the myths surrounding the fascinating and mysterious founder of the Church of Scientology and provides the definitive account of how the notorious organisation was created. Using all his skills as a top investigative journalist, Russell Miller reveals that the true life of L. Ron Hubbard – a man of hypnotic charm and limitless imagination – was even more astounding than the fiction