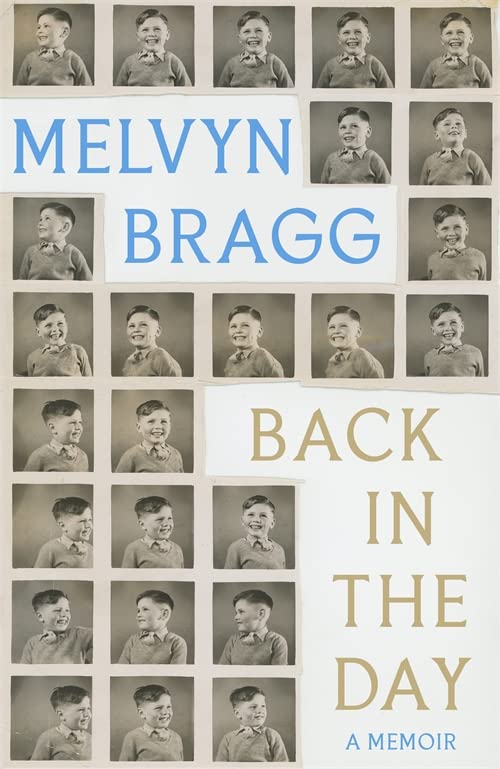 Back In The Day

Bragg’s first ever memoir reveals the working-class Cumbrian lad’s path to an Oxford scholarship, whilst also tenderly evoking the close-knit community of his youth and its memorable characters as one era of tradition collapsed into another of opportunity and freedom.

In this captivating memoir, Melvyn Bragg recalls growing up in the Cumbrian market town of Wigton, from his early childhood during the war to the moment he had to decide between staying on or spreading his wings.

This is the tale of a boy who lived in a pub and expected to leave school at fifteen yet won a scholarship to Oxford. Derailed by a severe breakdown when he was thirteen, he developed a passion for reading and study – though that didn’t stop him playing in a skiffle band or falling in love.

It is equally the tale of the people and place that formed him. Bragg indelibly portrays his parents and local characters from pub regulars to vicars, teachers and hardmen, and vividly captures the community-spirited northern town – steeped in the old ways but on the cusp of post-war change. A poignant elegy to a vanished era as well as the glories of the Lake District, it illuminates what made him the writer, broadcaster and champion of the arts he is today.