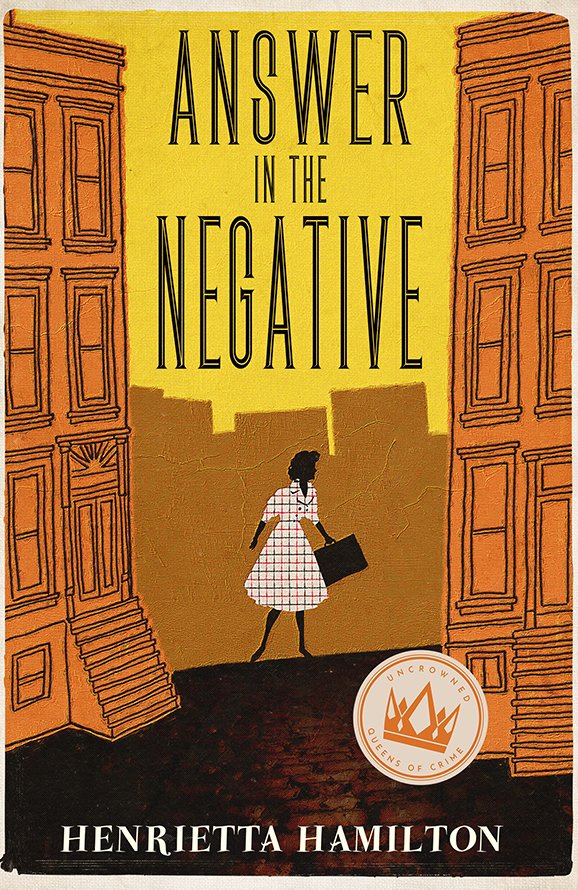 Answer in the Negative

At The National Press Archives on Fleet Street, archive assistant Frank Morningside has become the recipient of nasty poison pen letters and cruel practical jokes. With Frank disliked by many, his superior Toby Lorn is concerned by the number of potential suspects. And when the nature of the letters becomes even more vulgar, things take a sinister turn.

Toby calls on his friends Sally and Johnny Heldar, two amateur sleuths, to investigate. Posing as researchers, Sally and her husband Johnny go undercover to scout out the myriad of suspects at the archive. But just as the Heldars begin to make some progress, Morningside is found dead in his office, bludgeoned by a box of glass negatives.

When another suspicious death occurs within the company, the Heldars fear they may be in over their heads.

Answer in the Negative was first published in 1959 and is part of Agora Books’ Uncrowned Queens of Crime series.