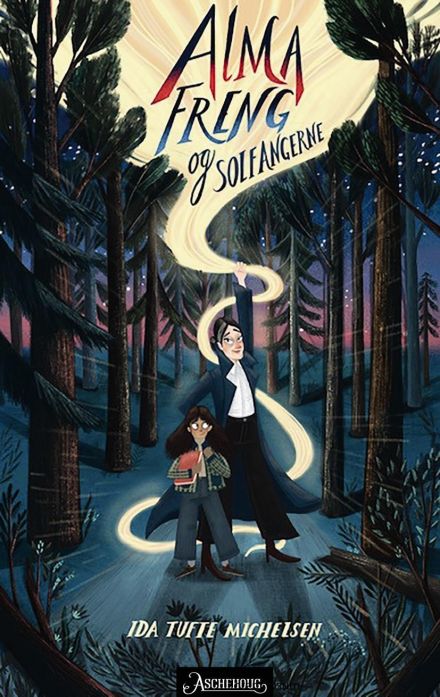 A magical tale of heroism, revenge, unusual friendships and incredible powers. A unique debut, perfect for fans of Harry Potter and Nevermoor.

Nominated as best children’s book of the year in 2020 and awarded a six out of six stars review by Norway’s biggest national newspaper.

‘A Feast of a debut’ Vårt Land

‘Striking combination of fantasy and sci-fi […] the potential readership of this book is enormous: it has everything it takes to keep even the older kids at bay’ Klassekampen

Alma Freng tries to fit at in her new school and would very much like to be as ordinary as possible. It proves to be difficult, however, when one day she discovers that she is a sun traveller, and that she must help the world take care of all the time threads. Sun travellers are planning an attack on the country’s Grand Minister, Gabriella Grubel, who has been trying to eliminate them for the past thirty years.

They need Alma’s help in order to succeed, and thus Alma must not only learn how to fly, but also how to catch sunbeams and control time, all in a matter of weeks…