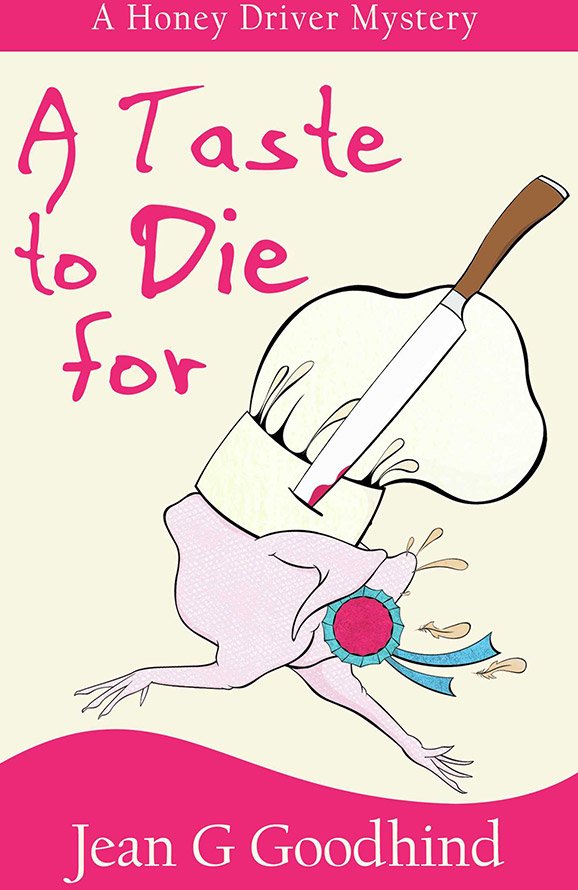 Chefs can be arrogant, competitive and downright murderous at times, so when Bath International Taste Extravaganza (BITE for short) organize a best chef competition, Honey Driver, the Hotels’ Association police liaison officer, senses trouble.
Her instinct proves correct when the winning chef is found dead in his own kitchen.
Then a second, and a third…On top of this Honey’s mother has fallen for the charms – and the white Rolls Royce – of a wealthy butcher, supplier to the catering trade. Is he really after her mother’s body – well preserved as it is – or is he after the hotel’s meat account? H
oney’s own relationship with dishy DCI Doherty is on hold. He’s pooped – too tired even to fall for Honey’s ample charms. As for the murderer, is this a case of past grievances?
And once it’s solved, will Honey finally get her man?