Amazon Publishing imprint Little A has signed a memoir from author Amanda Prowse and her son, Josiah Hartley, about coping with depression within a family.

World all-languages rights were acquired from Caroline Michel at PFD for The Boy Between: A Mother and Son’s Journey From a World Gone Grey to be published on 1st November 2020.

Prowse—best known for writing domestic dramas for another of Amazon’s imprints, Lake Union—has written 25 novels, including The Girl in the Corner, My Husband’s Wife and, most recently, The Light in the Hallway.

The Boy Between will be Prowse’s first work of non-fiction, as a memoir written between a mother and her son, focusing on the latter’s mental health.

Hartley’s mental health deteriorated so much in his first year at university that he planned his own death. Prowse found herself grappling for ways to help him, with no idea of what to do. The Boy Between is “the book they wish had been there for them during those dark times”, with Prowse calling it “the most important book I have ever written and the hardest too”.

Hartley said: “I am incredibly excited about the launch of The Boy Between. Writing down my innermost thoughts and experiences for the world to read in my first book has been both daunting and cathartic. I know however that in the depths of my depression when suicide felt like my only option it would have helped to know that these feelings were commonplace. I hope my words can make someone else feel less alone.”

Prowse said: “The Boy Between is without doubt the most important book I have ever written and the hardest too. I am immensely proud of this timely piece and know it would not have been possible without the incredible support of all at PFD and Little A, with whom we have worked hand-in-hand throughout. It’s the book I would have liked to have reached for in the darkest moments of my son’s depression—a book for a mum like me who simply did not know which way to turn.”

Victoria Pepe, editor at Little A, branded it “a hugely important, fearless memoir that asks important questions about mental health in young people, as well as looking closely at the relationship and bond between mother and son”, adding: “It’s an astonishing book and one that Little A is honoured to be publishing.” 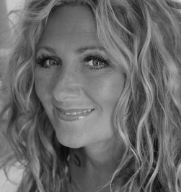